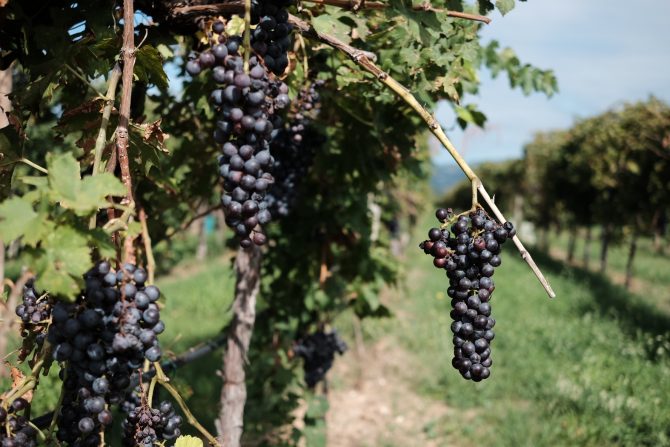 Fresh and refreshing ruby ​​red wine, it is grown in the Western area of ​​the province of Verona, in the mild and sunny climate of the shores of Lake Garda. The rosé variety (minimum maceration of the skins) is called Chiaretto and has become increasingly appreciated, even in its sparkling version with the charmat method.

The name of the wine derives from Bardolino, a citadel on the shores of the lake in the center of the production area. Pile dwellings witness the thousand-year-old origin of this town which was later much appreciated by the Romans and subsequently disputed by feudal lords and nobles, with some period of autonomous government. The construction of the castle and the city walls is due to the Scaligeri, medieval Lords.

Today it is a country with a strong tourist vocation, perfect for a walk along the lakefront, an ice cream, a break during a bike tour.

Bardolino wine tasting is included in our travel proposal: