Arena of Verona and Opera 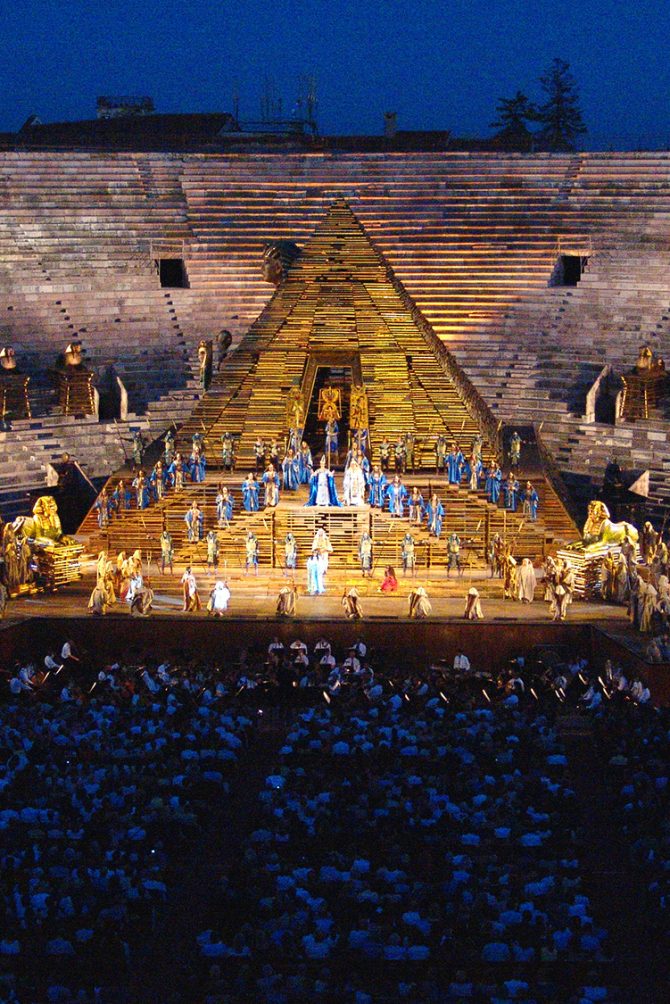 Arena of Verona and Opera

The Arena Opera Festival takes place during the summer months in the evocative setting of the Roman amphitheater, right in the city center. Culture, art, music and entertainment merge together in a two-thousand-year old architectonic frame.

The Arena di Verona Opera Festival was inaugurated in 1913 with Giuseppe Verdi’s Aida to celebrate the 100th anniversary of the artist’s birth. In the wide stage of the Arena, the mainly performed events are the ones that require large sets such as Aida, Nabucco, Tosca to name a few.

If the calendar allows, we like to include a show in the Arena in our travel proposal: